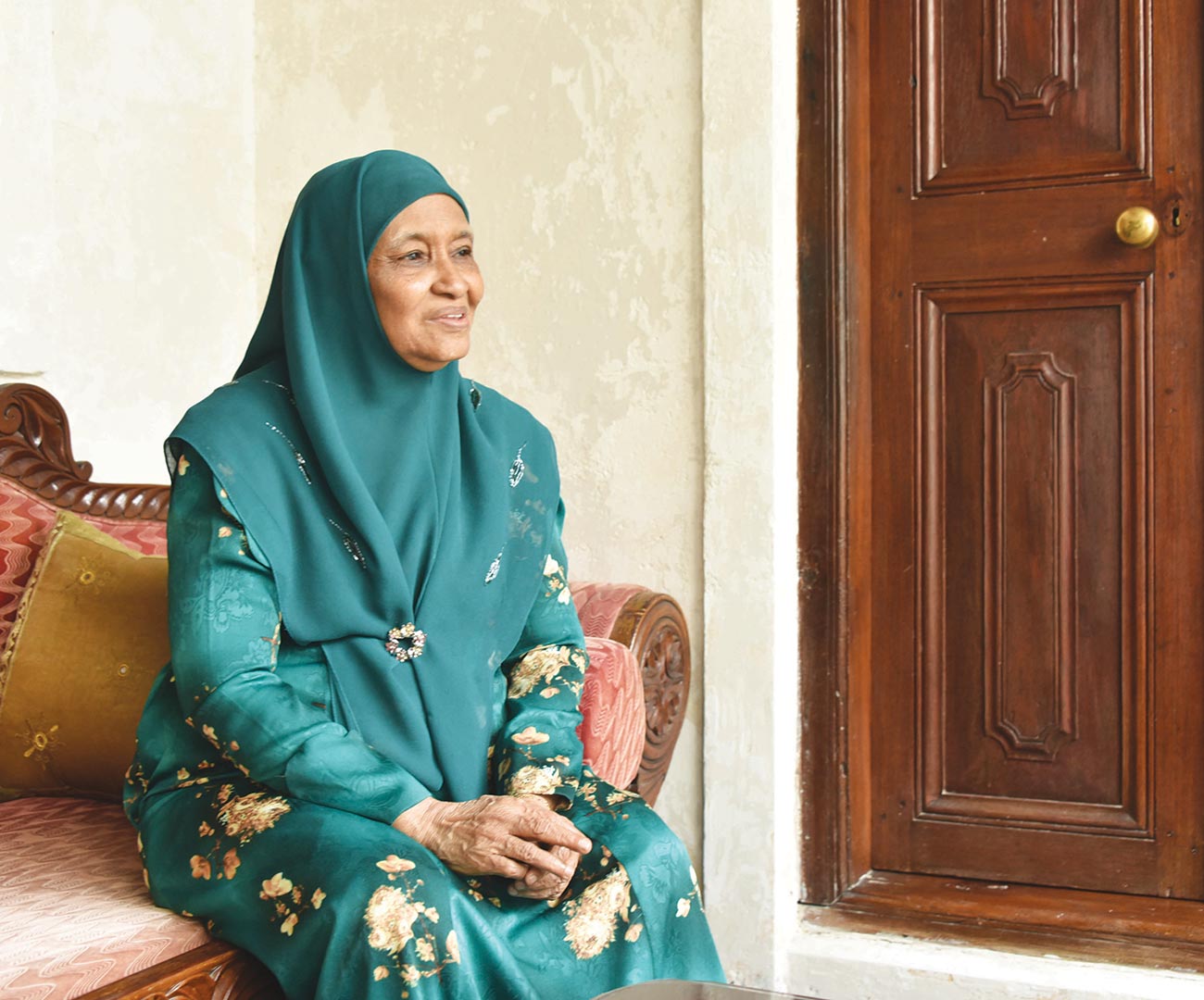 Though the Maldives has been inhabited for millennia, little is known about its ancient history. What little background information we do have about this scattering of gem-like islands can be gleaned from centuries-old myths and legends. Passed down by storytellers throughout the islands until recent times, these tales were once an important part of life in the Maldives. Unfortunately, radio, television and the Internet have all but extinguished the art of storytelling. And as the last storytellers pass on, the nation’s largely oral tradition is in danger of being lost forever.

Fortunately, a few dedicated researchers have managed to collect some of these valuable tales to preserve them for future generations. Among them is Habiba Husein Habib, who taught linguistics at the University of Malé for many years before becoming Chief Librarian of the National Library. The granddaughter of one of the last sultans of the Maldives, Habiba is now in her eighties, though you would never know; her unlined face and clear sparkling eyes belie her age.

She was one of the first Maldivian women to receive a full education, beginning when she accompanied her father to Cairo during WWII and continuing when she studied linguistics in Sri Lanka. The Maldives has changed tremendously during her lifetime, but her small family home is still a reminder of a simpler and more elegant era.

Habiba welcomes visitors with oldfashioned charm and hospitality, and becomes animated as she talks about her most beloved subject. “Folk tales come to us from our people and history and are deeply embedded in our culture,” she says. “During my research, I discovered that we have many types of Vaahaka, as we call such stories in our Dhivehi language. Some are about spirits and monsters, some have humorous human or animal characters, and others are clearly based on real historical events and seafaring stories. Because much of our history was not written down, these tales are an important source of knowledge about our customs and way of life in ancient times.” According to Habiba, storytellers in the past were invited to recite folktales as a form of entertainment during family gatherings and celebrations. Sometimes the stories were told spontaneously on sea journeys or during long tropical evenings under the stars, when anyone with a good story could easily gather an audience.

Some stories were told only after the children went to bed,” Habiba says. “I remember being very scared as a child by stories involving monsters and evil spirits known as handi. My grandmother and aunties mostly liked to tell Maldivian history stories involving the sultans and the royal court. A familiar theme was kings falling in love with common girls and the consequences that resulted from these unlikely love matches. I was about 10 years old when my grandmother first told me the story known as Kullavah Falu Rani (The Queen of the Mangrove Forest). It remains to this day one of my favourite folk tales – one that I in turn told to my children.

Once upon a time, there was a young couple that lived on a remote island almost completely covered in mangrove forests. Although there was a small village nearby, the couple preferred to stay alone in a modest hut in the middle of the forest. Very few people ever ventured there due to the swarms of mosquitoes that bred in the surrounding swamps. The couple had a very simple life, but they were perfectly happy with each other’s company. Sometimes, times were hard and there was not enough to eat, but they could always rely on the fruit of the kullavah trees that grew abundantly in the forest to help them survive.

The little girl grew up to become an extraordinarily beautiful young woman, but her temperament was like that of a wild creature, making her more at home deep in the forest with her beloved kullavah trees than in the company of any people, except her parents. Every evening, she would return to the small hut where they would eat kullavah, talk and sing together until they all fell asleep. She was completely happy with her existence and had no other dream than to continue her life in the kullavah forest.

Meanwhile, in the capital, Malé, the old sultan had finally succumbed to a fever, leaving a young prince to ascend to the throne. As he had rarely left the palace during his youth, the new king decided forthwith to explore all the islands of his kingdom. He set sail on a majestic dhoni boat with his courtiers and bodyguards and spent many idyllic months exploring the beautiful archipelago

After struggling through the dense forest for more than an hour, the king realised he was lost, tired and thirsty, and that he was being eaten alive by mosquitoes. He lay down to rest on the swampy ground and fell into an exhausted sleep. Awakened suddenly by the sound of a breaking branch, the king caught a glimpse of the most gorgeous girl he had ever seen in his life staring down at him. On seeing this strange young man dressed in impossibly fine clothes, the girl fled in terror back to her parents hut in the kullavah forest.

The king first thought he had seen a handi – an evil forest spirit that often disguised itself as a ravishing girl. However, when he at last found his way back to the village, he realised that she must have been real. Determined to see her again, he ordered his guards to bring her into his presence.

Finally the royal dhoni arrived in Malé, and the girl was taken under the care of the gentle palace ladies who bathed and perfumed her, and dressed her in fine silks. She began to eat again, and when she regained her health, the entire palace agreed that she was a girl of exceptional beauty who looked every inch a queen. In the beginning, the king and the court found her rough manners and wild antics to be amusing, but they all agreed that it was not proper for the queen to run around the palace gardens and even climb the trees like an agile monkey when the fancy took her.

Some years passed, and it happened that a group of traders from the girl’s island visited Malé. They decided to try to meet the queen to bring her greetings from her parents. The protocol of the palace was strict, and the traders had to wait many days before they were granted an audience with the queen.

The humble traders were shocked into silence when they beheld the wild forest girl seated on an ornate throne, resplendent in silk robes, adorned with jewels and waited on by a retinue of servants. “What has brought you here?” she demanded haughtily, barely looking at the traders. “O’ Queen, we are from your island, friends of your parents. Don’t you remember us? The queen ignored their question. Instead, she pointed daintily to the basket they had brought with them and asked them to show her what was inside. Taken aback because the smell of the ripe kullavah fruit was impossible to mistake for anything else, one of the traders said, “This is our gift for you. We thought you would be happy to eat some kullavah, as it doesn’t grow here in Malé.”

Feigning surprise, the queen commanded the trader to approach her with the basket. Delicately lifting one of the fruits, she squinted at it and turned it around in her hand as if it was the first time she had ever seen such a thing. “This is a very interesting fruit,” she exclaimed without taking her eyes off the kullavah, “is it attached to the tree from this side or the other?”

To this day in the Maldives, if one forgets too quickly about one’s origins, or having grown wealthy is ashamed of poor relatives, people will say, “This person is like the Queen of the Mangrove Forest.

As told by Habiba Husein Habib in Malé October 2015, with additional details from the book Folk Tales of the Maldives by Xavier Romero-Frias 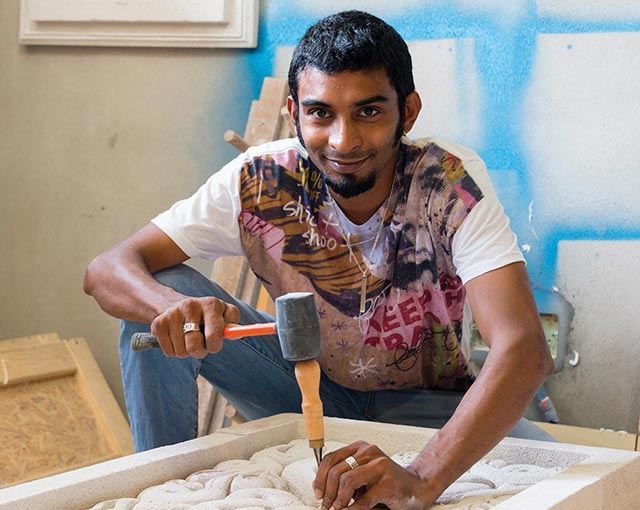 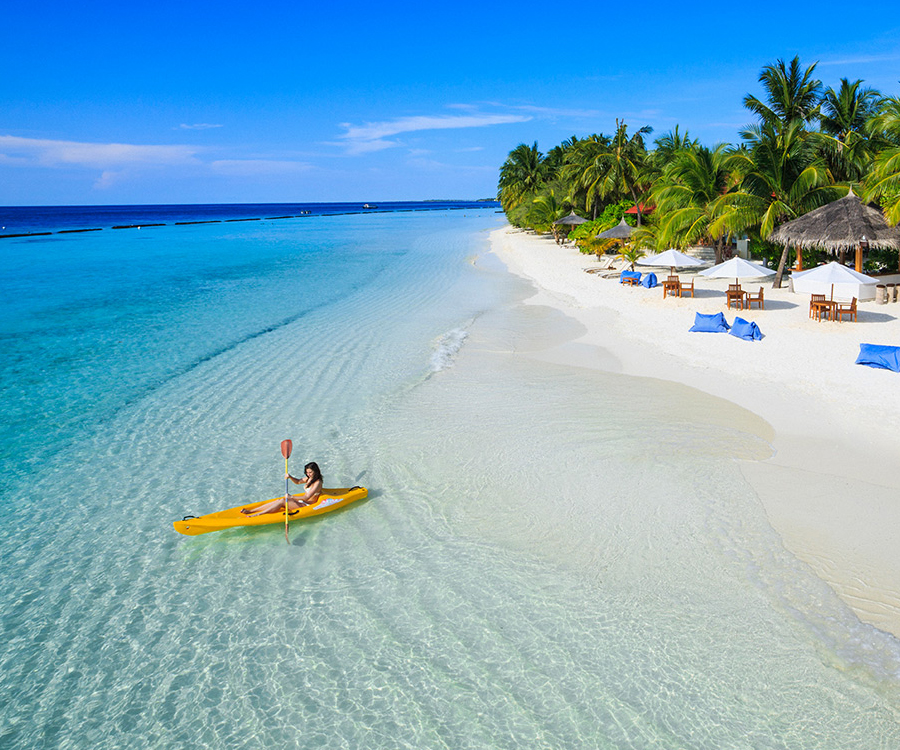 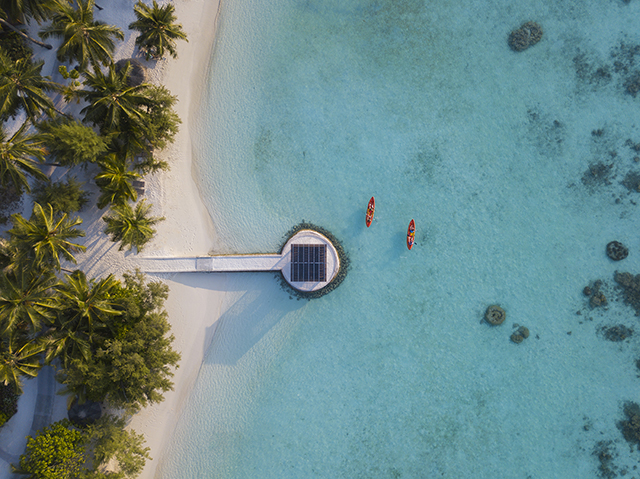