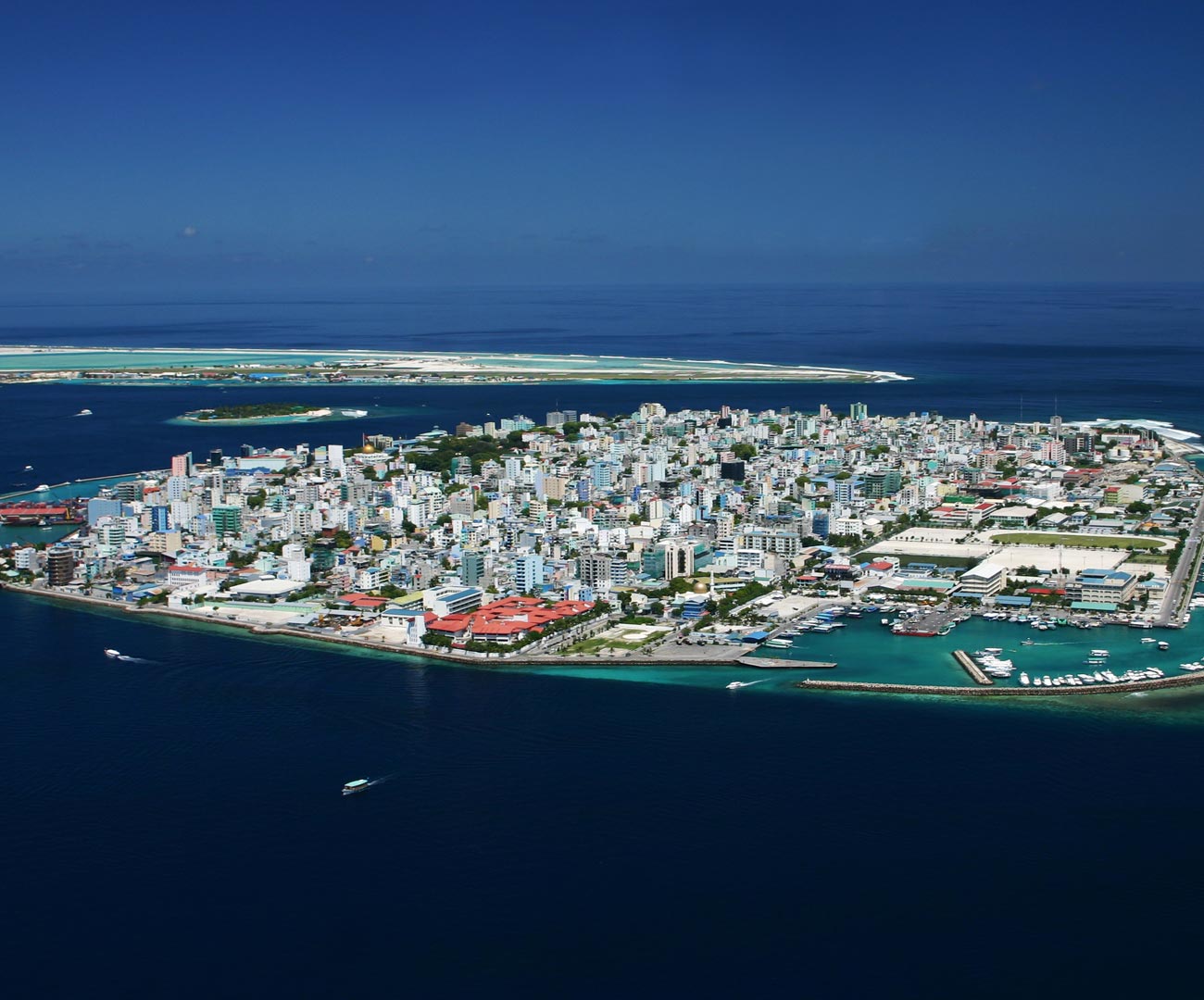 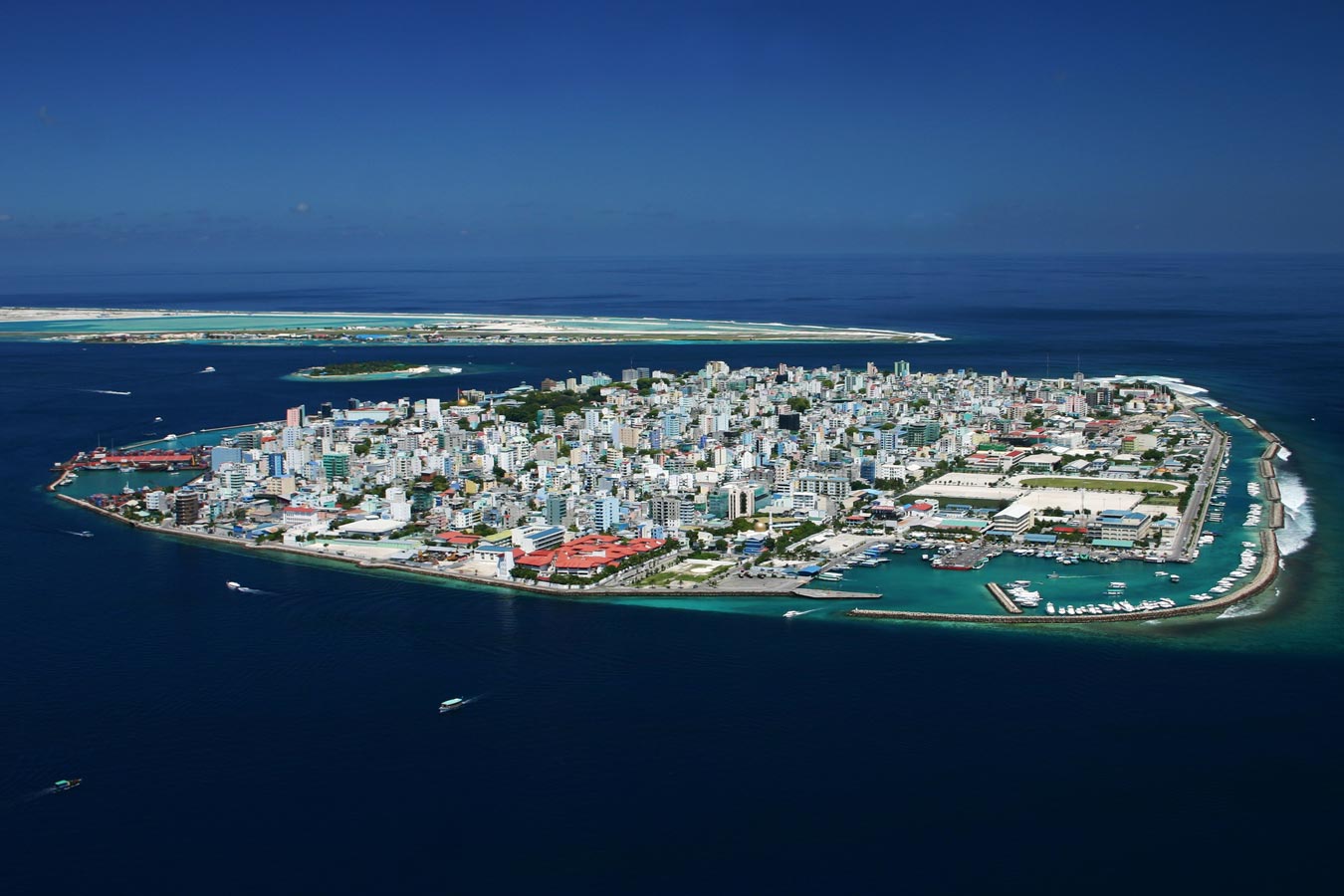 Maldives is an island country and archipelago in the Indian Ocean. It lies Southwest of India and Sri Lanka in Laccadive Sea. The chain of twenty six atolls stretches from Ihavandhippolhu Atoll to the Addu Atoll. The capital and largest city is Malé.

Historically linked with the Indian subcontinent, Maldives is a Muslim-majority country. From the mid-sixteenth century, colonial powers dominted the islands. The islands gained independence from the United Kingdom in 1965, becoming a republic in 1968. The country is ruled by a president and its government is authoritarian.

The Maldives economy is dominated by touris, and fishing. Encompassing a territory spread over roughly 90,000 square kilometres, Maldives is one of the world's most geographically disperse countries. It is the smallest Asian country in both land area and in population. The archipelago is located atop the Chagos-Maldives-Laccadive Ridge, a vast submarine mountain range in the Indian Ocean, which also forms a terrestrial ecoregion, together with the Chagos and the Lakshadweep.

With an average ground-level elevation of 1.5 metres above sea level, it is the world's lowest country. The government has pledged to make Maldives a carbon-neutral country by 2019 amid concerns about rising sea-levels. The islands are specks of palm-fringed emerald green, surrounded by sparkling white beaches and warm waters. The surrounding coral reefs are home to an abundant variety of marine life, providing for hours of wondrous snorkelling and diving that Maldives is famous for.