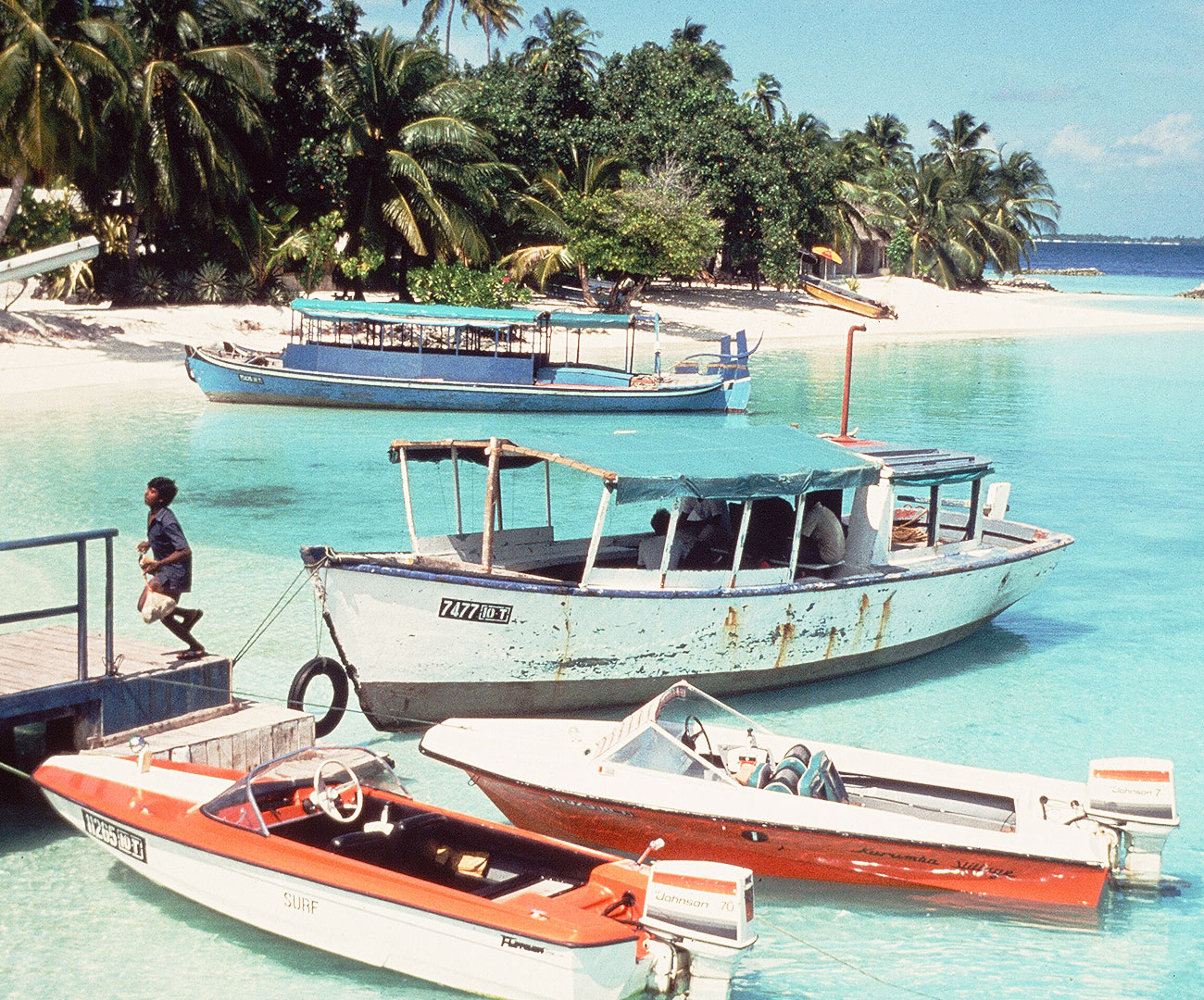 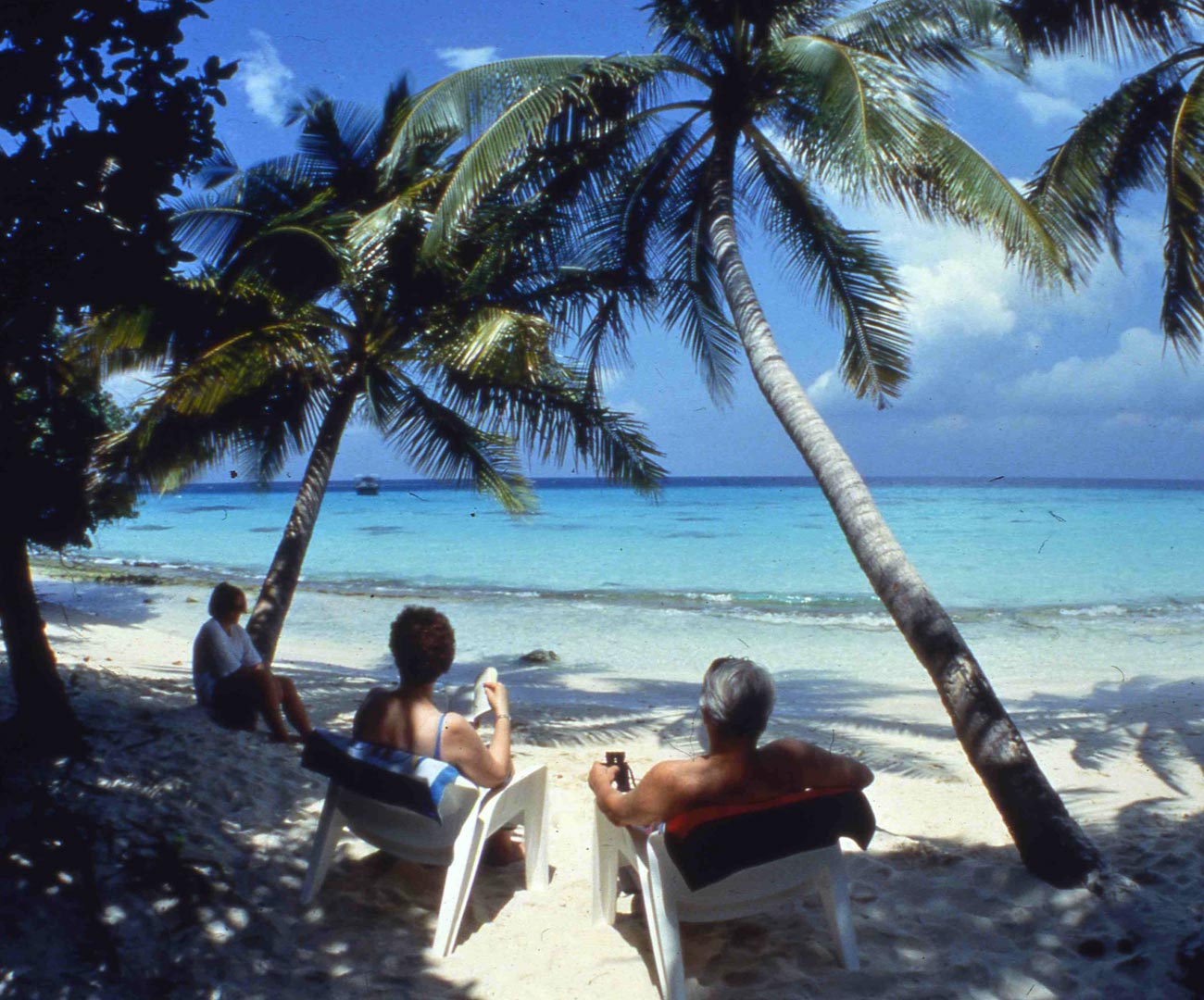 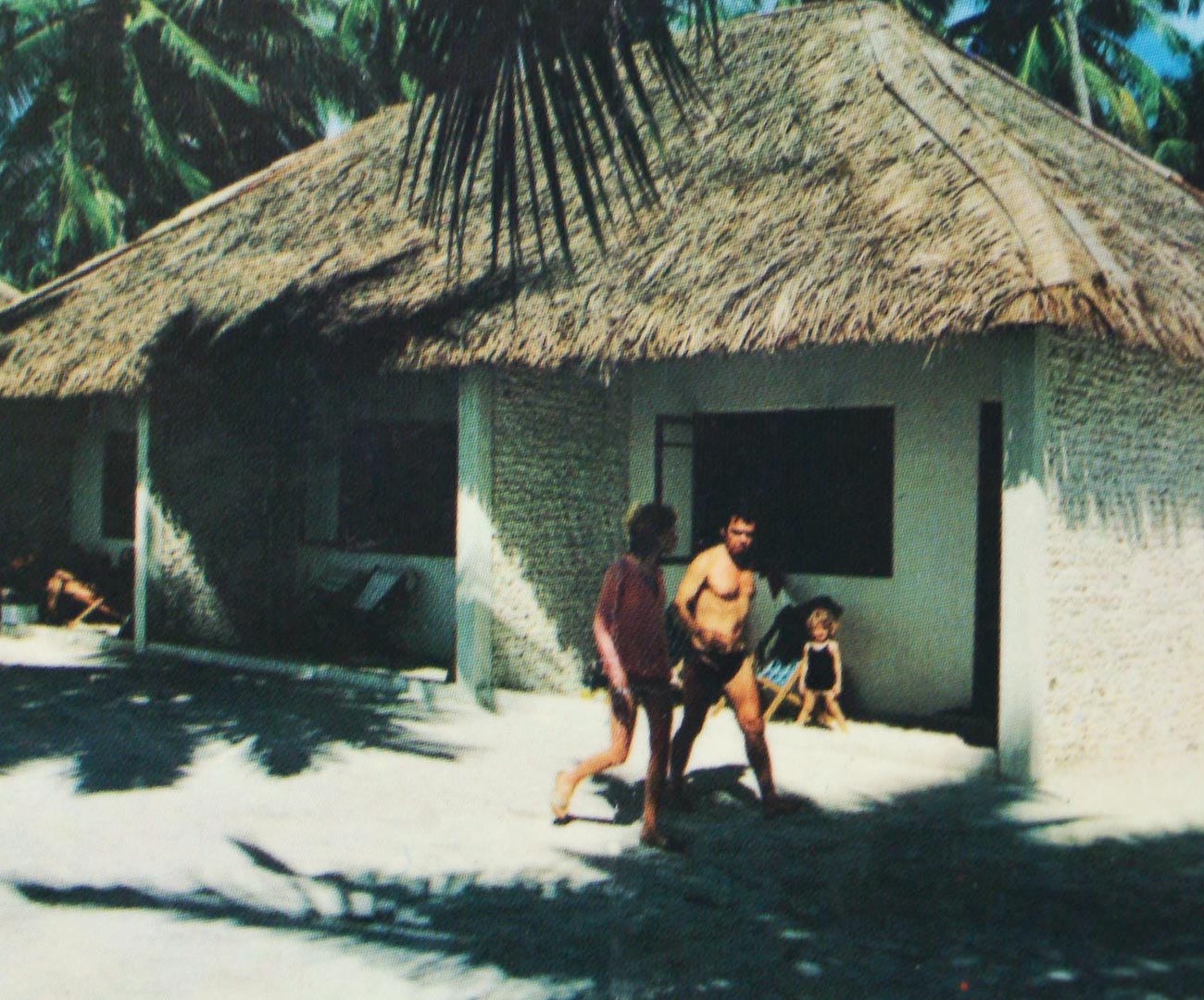 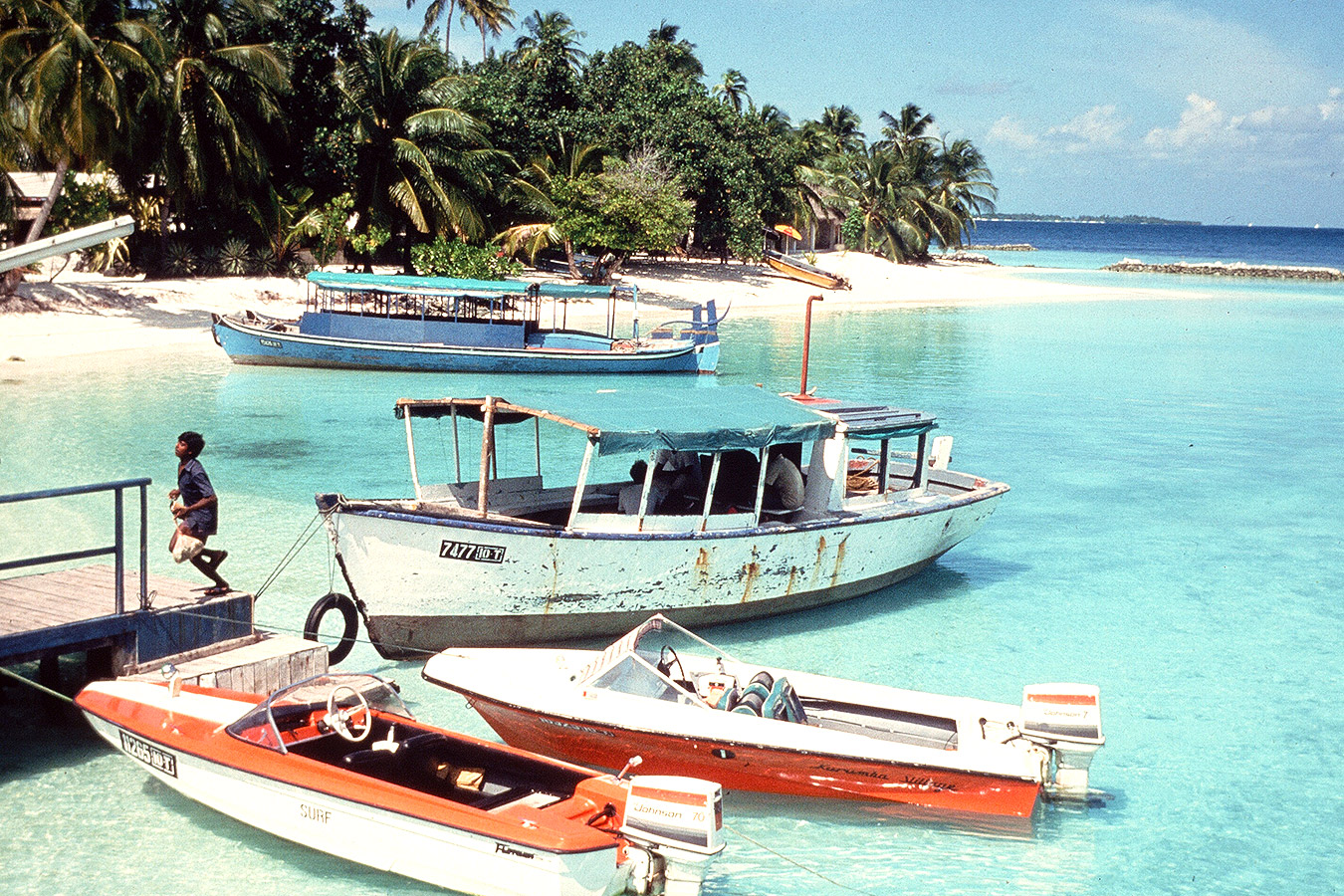 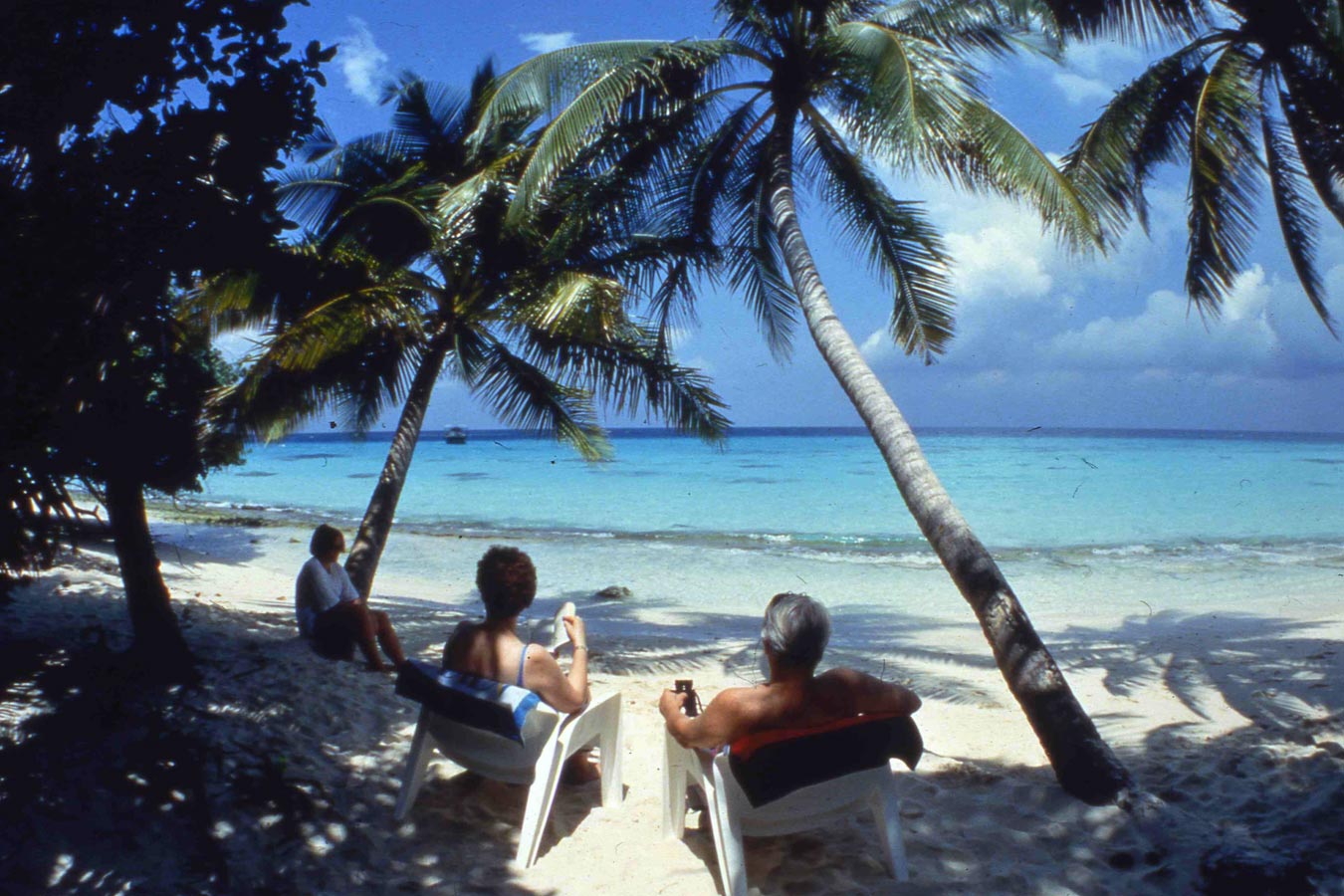 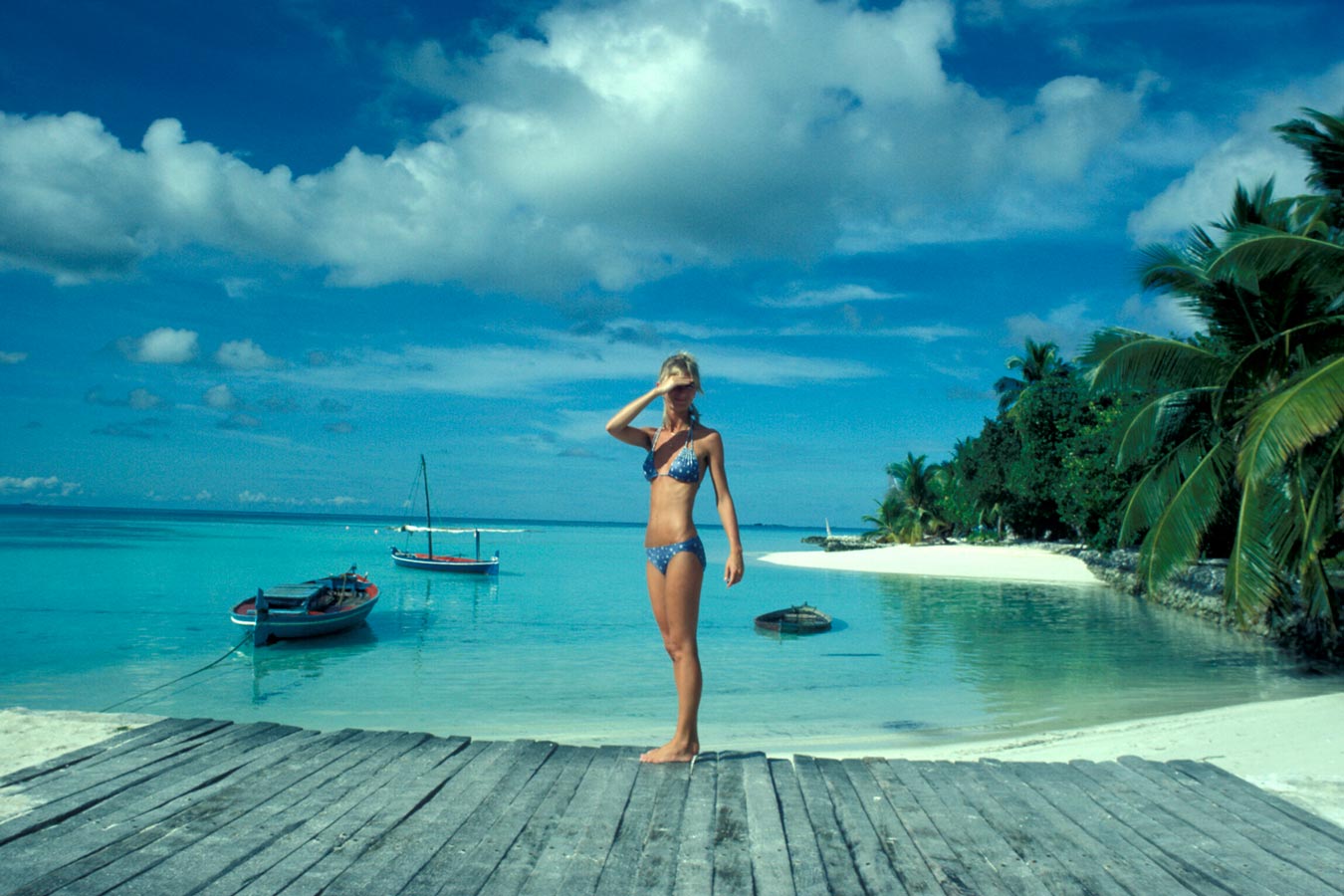 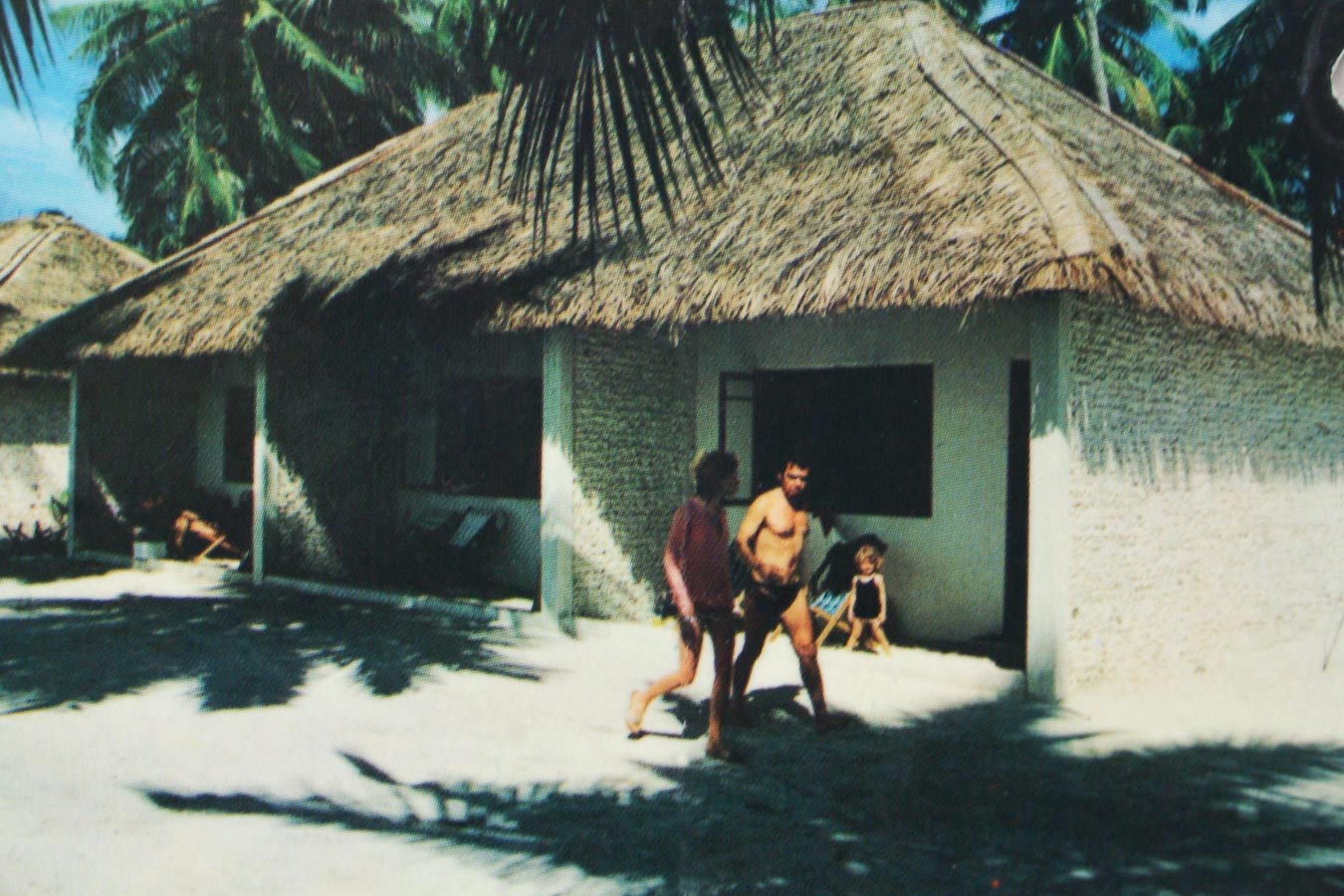 Tourism: an industry that brought prosperity and progress to the Maldives. It began with Kurumba’s opening in 1972. At the time, this remote archipelago, inhabited only by fisher folk, was unknown to the outside world, with no foreign investment. There was only a small airstrip on Hulhule Island (the present international airport), built by volunteers, with no regular flights. Mohamed Umar Maniku, Universal Enterprises’ Chairman, recalls: “We had nothing in the Maldives then, nothing. No Banks, no airport, no telephones only ham radio or Morse code contact with Colombo. Even the UNDP experts said that tourism would never succeed because there were no facilities, no infrastructure."

Here was an industry that could have easily missed its chance to grow, yet tourism flourished thanks to the right people in the right place at the right time, and the passion and determination of its young Maldivian founders. It all began with a chance meeting in Colombo between George Corbin, an Italian travel agent, and Ahmed Naseem, then a junior with the Maldives Embassy who later became Foreign Minister. At the time, Corbin was seeking pristine islands where he could bring Italians to swim and hunt fish. For Corbin, the idyllic Maldives archipelago was love at first sight. Upon his first visit to Malé, with Naseem by cargo ship in 1971, he immediately vowed to return with more guests.

Corbin brought the Maldives’ first tourists, mainly journalists and photographers, in February 1972. They stayed in humble lodging in three houses in Malé, looked after by M U Maniku and his friends, including Hussain Afeef, who is currently the successful owner/operator of several resorts. Perfect for swimming, sunbathing, fishing, the Maldives enchanted them. Corbin promised to bring more tourists if Maniku, Naseem and Afeef could find them somewhere to stay. Kurumba was born.

Inspired by their enthusiasm, Maniku and Afeef linked up with the leaseholder of Vihamanaafushi, then an uninhabited island coconut plantation. They chose the island for its proximity to the airstrip and the capital. Access to the island was only by sailing dhoni or open boat with outboard motor. There was no jetty (although one was later built using coconut trunks as pillars). After arriving by boat on the beach, guests had to wade through the surf to reach the resort.

An agriculture officer, M U Maniku spent his time after work, finishing each day at 1.30pm to develop Vihamanaafushi. With financial help from Corbin and his own resources, Maniku and his young Maldivian friends managed to build 30 rooms in blocks of three, using coral stone for walls, coconut timber, and palm thatch for roofs. Each room had a brackish water shower and toilet, basic furniture, and access to the beach. Meals were taken in a canteen or as barbecues on the beach.

They called the resort Kurumba Village, after the Dhivehi word for coconut, Kurumba. Afeef became the manager. The resort opened on Tuesday 3 October 1972 and remained fully booked for the rest of the year, an augury of its success ever since.

“We knew nothing about tourism,” said Maniku. “It was tourists who helped us build the industry here. We listened to them and gave them what they wanted. Luckily for us, they wanted simplicity in natural surroundings and that was what we had to offer and all we could afford.”

From its humble origins accommodating only 60 guests a month, Kurumba has since graduated to 14,000. From a handful of founding friends, to a staff of 450. Several have stayed for over 20 years. “In the beginning,” said Maniku, “we didn’t know what to cook for these tourists from overseas, or how to deal with them. I had a recipe book in English which I translated into Dhivehi so the boys could understand, I was cook, gardener and room boy. We had to do everything ourselves.”

Kurumba expanded to accommodate more people after the airport was extended to take long-haul flights. Like an authentic tropical village, but with the comforts of home. Fresh water, air-conditioning and restaurants with international offerings. In 2003, Kurumba underwent a complete transformation yet again, to meet the demands of the 21st century. The result was a world-class resort with 180 rooms, including the Royal Residence, Presidential Suites, Pool Villas, Family Villas and beach and garden superior rooms.

A process of natural growth, and of proud perseverance, led by heartfelt service over the years. Kurumba has matured into the Grand Hotel of the Maldives, setting the benchmark for hospitality in the region, and in the tropics at large.